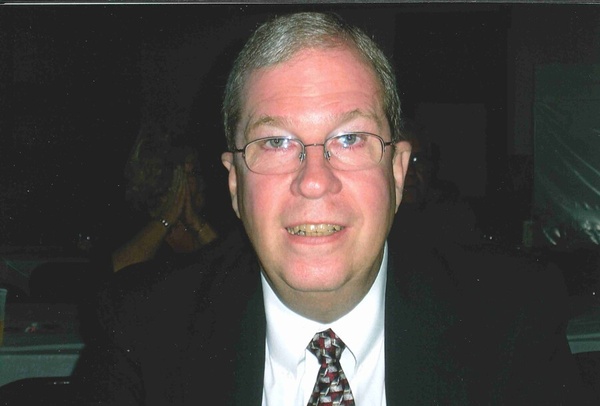 Dennis Cos Parzyck was born July 10, 1946, to Constantine and Muriel Parzyck.  Dennie graduated from St. Anne’s Grade School in Minneapolis in 1960.  He graduated from DeLaSalle High School in Minneapolis is 1964.  He received his Bachelor of Arts Degree in physics from St. Mary’s College, Winona, Minnesota in 1968 as a member of the Who’s Who in American Colleges and Universities.

In January 1969 Dennie entered Navy Officers Candidate School in Newport, Rhode Island.  Dennie then served as a Nuclear Weapons Officer at Sandia Base in Albuquerque, New Mexico for two years.  Following his military service, he entered graduate school at Purdue University in West Lafayette, Indiana as an Atomic Energy Commission Fellow.  He completed his Master of Science Degree in 1972 and Doctor of Philosophy Degree in 1974.

Following graduate school, Dennie accepted a research position at Oak Ridge National Laboratory in Oak Ridge, Tennessee.  He served in research and management positions from 1974-1988 creating research, operational and management programs at the group, section and division levels that continue to the present day.  During this time, he worked in collaboration with many different states, the Department of Energy, and many other federal agencies leading to the lab’s policy and management programs.

In 1989, Dennie and Penny moved to Naperville, Illinois to take a management position at Argonne National Laboratory where Dennie directed oversight programs for the laboratory at the division and assistant laboratory director level reporting to the Laboratory Director and the President of the University of Chicago.

While at Argonne National Lab, Dennie accepted a three-year assignment to Department of Energy Headquarters in Washington D.C. to develop new management approaches for application at DOE facilities.  The work was recognized by the Office of the U.S President for improvements made to agency performance.

After the Washington D.C. assignment, Dennie and Penny returned to Oak Ridge, Tennessee in 1997 to implement the programs developed in Washington D.C. to the operations at Oak Ridge.  Over the next three years, these management approaches were successfully implemented.  Dennie was subsequently asked to implement those integrated management programs to the accelerator research facilities at Fermilab in Batavia, Illinois.  Dennie and Penny moved back to Illinois to take a position in the Department of Energy Office at Fermilab to improve management and research practices.

Dennie passed away on May 16, 2022.  He is preceded in death by his parents, Constantine and Muriel; brothers, Ronald and Thomas.  Dennie is survived by his wife, Penny; brother, Terry; many nieces, nephews, great nieces and great nephews; other family and friends.

Beyond Dennie’s professional achievements, he was a very optimistic person.  He always found something positive in a situation.  He had a great sense of humor and said one of the reasons he loved Penny was because “she laughed at my jokes”.   They were the best of friends and received many comments about their names rhyming; but it worked well for them for 54 years.  Dennie loved to hunt, when he was young, he would go up to Buyck, Minnesota and deer hunt with his father and uncles on the old homestead property where Dennie’s father and uncles were raised.  Dennie loved walking through the woods in Northern Minnesota.  Dennie hunted dove, wild bear, and wild boar in Tennessee.  He enjoyed the beautiful areas in Tennessee and being with friends.  Dennie belonged to the Tennessee Bear and Boar Club which was the club Davey Crockett belonged to.  Fishing was something else that Dennie enjoyed.  Dennie was a runner for many years.  The hills of Tennessee started taking a toll on his knees, so Dennie started riding a bike for many miles on each outing.  Additionally, he enjoyed reading and was an avid science fiction fan, he became a wood carver and enjoyed it very much and had gotten very good at it.

It has been a wonderful journey and we know Dennie is in a better place, Rest in peace.

Dennie’s brother Terry, passed away two days after Dennie on May 18, 2022.

To order memorial trees or send flowers to the family in memory of Dennis "Dennie" Parzyck, please visit our flower store.